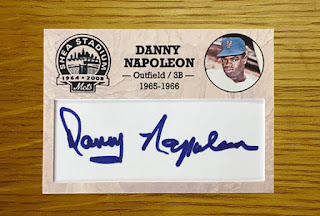 Daniel Napoleon passed away on April 26, 2003 in Trenton, New Jersey at the age of 61. His card in the set was created from an autographed index card in my collection.
Posted by LEE HARMON at 10:05 AM 5 comments: