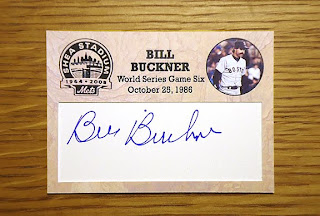 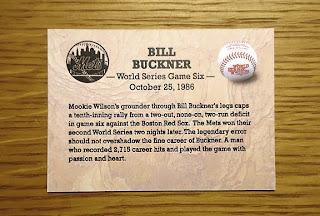 The baseball world questioned what could ever best the ending of the 1986 National League Championship Series between the Houston Astros and New York Mets. An answer quickly came during the World Series to immediately follow. It featured the swaggering Mets against a Boston Red Sox franchise looking to erase years of frustration.
The two talented clubs had played an exciting World Series entering into Game Six in New York. After grabbing the lead in the top of the 10th inning, Boston was threatening to close things out when the true drama was about to unfold.
Calvin Schiraldi was in his third inning of work, and quickly retired the first two New York batters of the inning. The Red Sox stood one out from a World Championship. "I was up in the clubhouse," remembers Keith Hernandez, who had made the second out of the inning. "The reasoning was I didn't want to see Boston celebrating on our field. Then all of a sudden, we're watching it on TV, and this stuff starts happening. I didn't get out of that chair."
What happened were consecutive base hits from Gary Carter, Kevin Mitchell, and Ray Knight. The events plated a run and forced Red Sox manager, John McNamara to pull Schiraldi and insert reliever, Bob Stanley. With Mets outfielder, Mookie Wilson at the plate, Stanley uncorked a wild pitch that allowed Mitchell to scamper home with the tying run.
Facing a full count, Mookie continued to foul off pitches until connecting on a ground ball to first base. "A little roller up along first....Behind the bag! It gets through Buckner!" was the call of broadcaster Vin Scully. "In comes Knight, and the Mets win it!"
New York had gotten down to their very last strike before elimination, and rallied to victory. After earning the right to a Game Seven, the Mets finished the drive to their second World Championship two nights later.
"I can't remember the last time I missed a ball like that," offered a dejected Buckner. "But, I'll remember this one." It became regarded as the greatest single moment in Shea Stadium history.
Controversy has surrounded McNamara's decision to leave his first baseman, who was hampered by leg injuries in the contest. The ball was picked up by right field umpire Ed Montague, who put a small "x" near a seam to identify it. Montague gave the baseball to Mets executive, Arthur Richman, who in turn presented it to Mookie. At that time Wilson wrote on it, "The ball won it for us". The souvenir was passed around the victorious clubhouse, and someone even left a tobacco stain where he kissed it.
Owners of the baseball have included actor, Charlie Sheen who first purchased it at auction. It has spent time on display at the the Mets Hall of Fame.
"It's crazy the way, it's 25 years later, people are still talking about it, and it was not the seventh game of the World Series, it was only the sixth," said Bill in 2011. "The series was tied, we might not even won, but for some reason, it stuck." The legendary error should not overshadow the fine career of Buckner. A man who recorded 2,718 career hits and played the game with passion and grace.
Bill Buckner signed his card in the set for my friend, Jessie at JP's Sports and Rock Solid Promotions autograph show in Uniondale, NY on October 23, 2011.
Posted by LEE HARMON at 2:23 PM